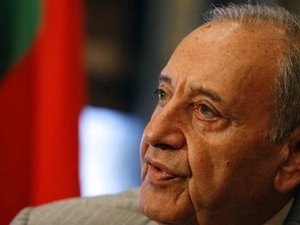 Speaker Nabih Berri assured on Wednesday that the government formation is underway and “it will be formed sooner or later, but the timing has not been set yet.”

Addressing developments in Syria during his weekly parliamentary meeting, he said: “The situation in Syria was already stable and it will always stand as the fort of Arabism.”

“It not only expresses the positions of the Syrian people, but those of the entire Arab world,” he stressed.

The speaker held a telephone call Assad during which they discussed the latest developments.