Senator Says U.S. Should Urge Assad to Step Down for Undermining Lebanese Democracy 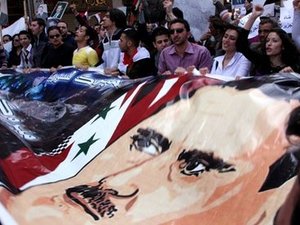 “We should not be fooled by his sacking of his government. This is still the same Assad who undermined Lebanese democracy, who worked with North Korea to develop a clandestine nuclear capability, and who smuggles arms to Hizbullah and lends support to Hamas,” Kyl said in a statement on Wednesday.

“We must learn from our mistakes, and President Obama and the Secretary (of State Hillary) Clinton must promptly call for Assad to step down and pledge to support the legitimate Syrian opposition,” he said.