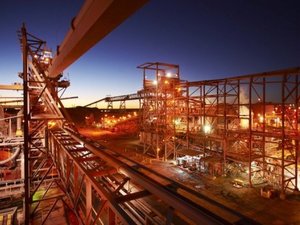 BHP chief Marius Kloppers said weakening commodity demand due to Europe's financial turbulence and a slowdown in China was hitting the Anglo-Australian miner's bottom line and said there appeared to be little relief in sight.

"Over the past 12 months the cost base of our business has continued to rise and, against a backdrop of falling commodity prices, is impacting our profitability significantly," Kloppers said in a note to staff published by The Weekend Australian newspaper.

"In China, we have continued to see evidence of a faster-than-anticipated economic slowdown.

"The operating environment is not expected to improve in the near term."

He warned that the company had to "reduce our cost base, eliminating all non-essential expenditure".

Kloppers said BHP had to "carefully consider any future capital investment in this lower price environment" and would be shuffling its projects "to minimize cash requirements".

The newspaper said it had also obtained a consulting firm report that showed BHP intended to delay until 2014 an investment decision on the expansion of its massive Olympic Dam copper, uranium and gold project in Australia.

BHP would not confirm the two-year delay but said "the sequencing of our investment pipeline is being looked at in the context of our five-year planning process".

The company warned of production cuts earlier this year due to weakening commodity prices, posting a 5.5 percent fall in first-half profits in February to U.S.$9.4 billion largely due to price volatility.

It shut a loss-making coal mine in northern Australia in April and said flattening iron ore demand in China would soon hit single digits if it wasn't already there.

BHP reported a 15 percent increase in iron ore production in the June quarter for a 12th consecutive annual production record, but warned of weakening conditions. Its full-year profit report is due next month.