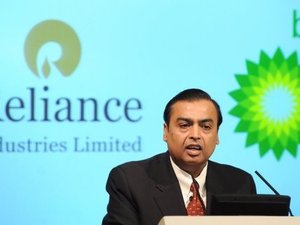 Quoting unnamed executives, the Economic Times said Reliance had lined up close to $1 billion to spend on its new aerospace operations over the next few years and would likely hire around 1,500 people for the division.

The Mumbai-based company aims to collaborate with global players to bring sophisticated aerospace technologies to the country and make India a global hub in aerospace manufacturing, the newspaper said.

Reliance applied earlier this month for a government license to design and manufacture equipment for military and civilian aircraft as well as unmanned airborne vehicles, according to the business daily.

Reliance's telecom division, Infotel Broadband, is the only company to have won 4G permits to service all of India's telecoms zones in a government-run auction two years ago.

The technology would pave the way for launch of the first wave of Infotel's 4G services in Mumbai and Delhi, the Economic Times said.

The newspaper said Reliance's talks with Samsung had reached an "advanced stage" for supply of network gear and that the two companies had also discussed potential inclusion of 4G handsets in the contract.

There was no immediate comment available from Reliance but the company told the newspaper that it was "unable to confirm or comment on any specific discussion".