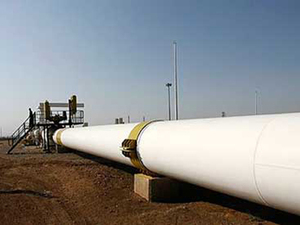 Turkmenistan said Saturday that it would try to recruit international investors for a new gas pipeline project that would link Central and South Asia.

The energy-rich state plans to pitch the project to international oil and gas majors and financial institutions in the autumn, the Neitralny Turkmenistan newspaper reported.

The plan for a TAPI (Turkmenistan-Afghanistan-Pakistan-India) natural gas pipeline, which is backed by the Asian Development Bank, is regarded with suspicion by some analysts.

However the United States has praised the project for boosting regional peace and prosperity.

Deputy Prime Minister Yagshygeldi Kakayev announced plans on Friday for "a series of meetings with representatives of leading international oil and gas companies and financial institutions," the news report said.

He said the meetings planned for September and October would discuss "questions concerning the financing of the TAPI project and the creation of a consortium."

"A presentation of the TAPI project is planned to be held in Singapore, New York and London, which are major business and financial centers of southeastern Asia, America and Europe," the newspaper said.

The report said that all the countries involved in the project, plus the Asian Development Bank, would take part in the presentations.

In May Turkmenistan signed agreements with India and Pakistan to deliver gas through the new 1,700-kilometre (1,050-mile) pipeline, the first contracts in the ambitious project.

Turkmenistan has the world's fourth-largest gas reserves and India and Pakistan are both eager to tap this source through the pipeline.

Much of the pipeline will go through Afghanistan which neighbors both Turkmenistan and Pakistan but remains wracked by violence and instability.