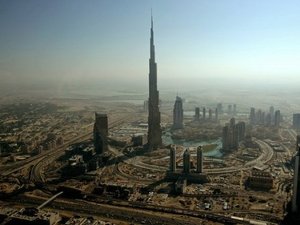 Dubai-based real estate giant Emaar Properties said on Sunday it posted an 82 percent surge in net profits in the first half of 2012 as retail and hospitality grew, costs fell and a write-off was not repeated.

The hospitality and retail sectors contributed 51 percent to revenues, with rental and retail businesses, mainly malls, generating earnings of 1.3 billion dirhams ($354 million), 23 percent up from the same period last year.

Dubai Mall hosted around 30 million visitors in the first six months of 2012.

Mohamed Alabbar, chairman of Emaar Properties, said that Dubai's property is turning around after crashing in 2009 because the global financial crisis dried up available finance for the overheated sector.

"The real estate market in Dubai is turning around, led by the robust performance of key growth sectors including aviation, retail, hospitality, tourism and foreign trade," he said.

"The city's appeal to high net worth individuals as the ideal destination for a home is also gaining strength. Emaar's financial results for the first half of the year reflects the growing strength of Dubai's economy," he added.

The company said it recorded sales exceeding 1.6 billion dirhams ($436 million) in the first half of 2012 in Dubai, approximately five times more than the same period in 2011.

A major developer throughout Dubai's five-year real estate frenzy, Emaar has succeeded in diversifying its business, focusing on hospitality and retail, while also spreading its real estate business activities abroad.