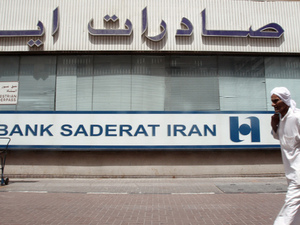 A Tehran court has sentenced to death four people convicted in Iran's biggest-ever banking scandal, according to the national chief prosecutor on Monday, quoted by the official news agency IRNA.

The sentences came at the end of a trial of 39 suspects that started in February. The magnitude of the scandal was estimated at $2.6 billion when it came to light in September last year.

"According to the verdict, four people were sentenced to death," chief prosecutor Gholam Hossein Mohseni Ejeie was quoted as saying.

Mohseni Ejeie said two other of the suspects were sentenced to life in prison and the remaining received terms behind bars of up to 25 years after also being found guilty of corruption.

The identities of those convicted were not made public. They have 20 days from the date of the verdict to lodge any appeal.

The scandal revolved around a private group that amassed trillions of rials in loans from half a dozen Iranian banks through what were said to be forged or illegally procured letters of credit to buy several state companies up for privatization.

President Mahmoud Ahmadinejad last year denied accusations from some critical media outlets that his office had any links to the fraud.

The affair for several weeks fuelled political infighting between Ahmadinejad's government and ultra-conservative factions of the regime dominating parliament and the courts.

Economy and Finance Minister Shamseddin Hosseini last November scraped through an attempt by the parliament to have him fired.

Supreme leader Ayatollah Ali Khamenei and parliamentary speaker Ali Larijani then stepped in to calm the row and order an end to public quarreling seen as undermining the country's interests.