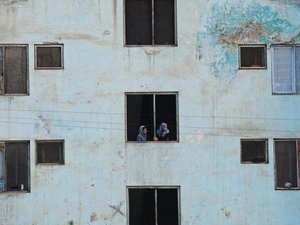 Millions of dollars in U.S. funds have been lost due to poor planning and workmanship in projects to help rebuild Afghanistan and billions more could be at risk, a U.S. watchdog said Monday.

The report by the special inspector general for Afghanistan, John Sopko, warned that handing over security to Afghan forces as the U.S. withdraws its troops would also likely cause the costs of U.S.-funded aid schemes to balloon.

"The United States risks wasting billions of dollars if U.S.-funded development programs cannot be sustained, either by the Afghan government or by continued donor support," said the report released on Monday.

"As this report to Congress illustrates, a decade of struggle and bloodshed -- and more than $89 billion of U.S. appropriations for Afghan reconstruction -- has not cleared the landscape of serious problems," Sopko wrote.

He added that a "significant portion of the U.S. government's $400 million investment in large-scale infrastructure projects in fiscal year 2011 may be wasted, due to weaknesses in planning, coordination and execution."

The report comes as NATO countries, led by the United States, have already started to withdraw the remaining 130,000 troops after more than 10 years of war, with all combat forces due to have left by the end of 2014.

And it warns that handing over security to Afghan forces will likely incur greater costs at construction sites.

"The U.S. Army accepted contract construction that is so poor it prevents some multimillion-dollar border police bases from being used as intended," the report noted.

"These problems included the lack of a viable water supply, a poorly constructed septic system, and inadequate sewage," the report said, adding nothing has been repaired as there is no effective quality assurance in place.

The basement of one of the buildings was now being used as a chicken coop, it added.

The analysis examines the Afghan Infrastructure Fund, which was authorized by Congress in 2010. Over the past two years, Congress has invested $800 million into the fund, and the State Department has committed about $1 billion of its funds to related infrastructure programs.

Following complaints about shoddy workmanship, there had been arrests and charges brought in both the United States and Afghanistan and more than $900,000 had been recovered.

Several contracts were also withdrawn when poor contractors were uncovered, leading to the protection of some $50 million in contract funds. Two people had been convicted, one of theft and conspiracy.

If U.S. lawmakers approve a request from U.S. President Barack Obama for new reconstruction funding, the United States will have provided nearly $100 billion since the 2002 U.S.-led invasion to rebuilding Afghanistan.

That is several times more than the $35 billion, in 2011 terms, invested in Europe after World War II, the report said.

"In the face of serious uncertainties about project sustainability, the need for sharp and effective oversight grows more critical."

Sopko vowed his office would step up its oversight, saying security and sustainability were the biggest challenges for Afghanistan's reconstruction.

"Many billions of dollars of U.S. investments in Afghanistan may be wasted without arrangements to ensure that the Afghans have adequate personnel, skills, access to technology, funding, and planning and oversight mechanisms to sustain them," he warned.