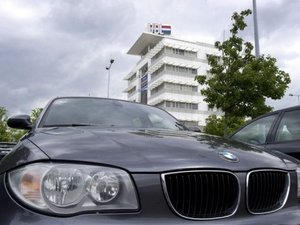 German luxury carmaker BMW said Wednesday its net profits had dropped sharply in the second quarter of the year despite strong sales growth in Asia, especially in China.

This disappointed analysts surveyed by Dow Jones Newswires, who had forecast a drop of 24 percent to 1.4 billion euros.

The group stuck to its full-year target of beating last year's performance in terms of pre-tax earnings and sales volume.

Sales were sluggish in crisis-hit Europe (down 0.1 percent), solid in North America (up 10.3 percent) and stellar in Asia (up 25.6 percent) driven mainly by China.

Board chairman Norbert Reithofer said the firm had continued to perform "extremely well."

We have achieved new sales volume and revenue highs as well as the second best operating profit in the company's history", he said.