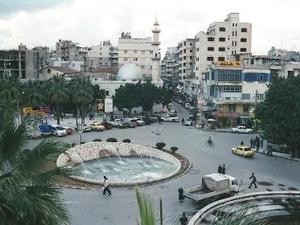 Eight prisoners died and 17 were injured in a jail blaze Monday in the flashpoint Syrian town of Latakia started when an inmate torched his mattress, police cited by the state SANA news agency said.

He added that the fire started around 5:00 am when a prisoner in a section of the prison housing murderers and drug traffickers set fire to a mattress and blankets.

"The prisoners had blocked their cell doors with their beds and mattresses and rescuers had to drill two holes in the walls to get to them," Fteih said.

Two policemen were also injured in the fire, he added, as they took part in the rescue operation.

Meanwhile, Facebook group The Syrian Revolution 2011 questioned SANA's report, saying the incident might be "one of the regime's despicable ways of liquidating its opponents, similar to what happened in the Tadmur and Saidnaya prisons."

Latakia, Syria's main port with a population of 450,000, is 350 kilometers northwest of Damascus, and has been the scene of unrest and pro-democracy demonstrations.

Syrian troops have deployed in force to Latakia, a religiously diverse city which, with the southern city of Daraa, is one of two main flashpoints in two weeks of increasingly violent protests.

The authorities have accused fundamentalists of seeking to incite sectarian strife in the city.

Fifteen people, military and civilians, were officially confirmed killed by gunfire involving snipers and drive-by shootings 10 days ago, and a further 185 injured.

There were also widespread reports that terror had gripped the city as snipers on rooftops and gangs of young men armed with knives and clubs caused mayhem in the scenic resort.

A London-based rights group close to the Muslim Brotherhood said last week that 25 people were killed by security forces in a "bloodbath" in Latakia last Wednesday as many took to the streets after President Bashar al-Assad addressed the nation but failed to deliver on the anticipated lifting of the unpopular emergency law, in force since 1963.

"The security forces of the Syrian regime in the city of Latakia are committing a massacre ... in which more than 25 peaceful citizens have been killed," said the Syrian Human Rights Committee.

The rights monitor "called upon the international community to work to stop the bloodbath taking place in Latakia, and to stop all massacres being committed by the security forces and militia men of the Syrian regime."

The group, which has close ties to the Muslim Brotherhood, held the "Syrian regime and the Syrian president completely responsible for every drop of blood spilt in Latakia and in other Syrian cities."