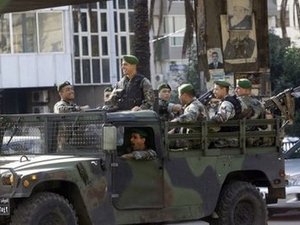 Lebanese security officials said on Tuesday a hand grenade has exploded in an apartment in a southern Beirut suburb, killing a man and his wife.

The officials said they believe the grenade went off by mistake as the man, Ali Jaber, was playing with it at his home in Beirut's Chiyah neighborhood.

The officials spoke on condition of anonymity in line with regulations. They said an investigation has been opened into the incident.

It was not immediately clear if Jaber was affiliated with any political group or why he had a grenade at home.