Aoun: We Will Present Draft Laws on Prisons, Water Resources, and Electricity 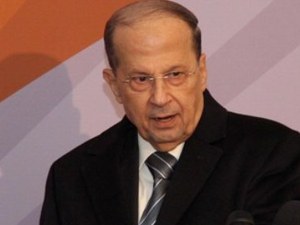 Free Patriotic Movement leader MP Michel Aoun criticized on Tuesday the failure to approve the 2010 state budget, accusing the caretaker government, the Finance Ministry in particular, for the delay.

He also addressed the issue of prisons in Lebanon after the movement’s weekly meeting.

He noted: “The number of prisoners has exceeded the jails’ capacity to harbor them.”

The MP therefore stressed the need to start building new prisons in the country, revealing that the FPM will present three draft laws calling for the construction of a jail in the North and another in the South.

Aoun demanding that construction on these prisons commence immediately.

Addressing water and electricity issues in Lebanon, he said that the movement will also present draft laws on these issues, hoping that Speaker Nabih Berri would be receptive to its suggestions.