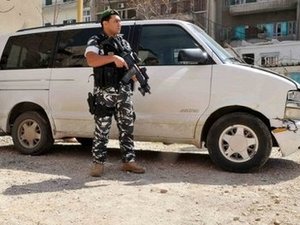 The Movement for Renewal and Reform that had allegedly claimed responsibility for the kidnapping of the seven Estonian tourists is now asking for ransom to set the men free.

The demand was made through an email sent to a local website. It said the tourists were in good condition.

However, the message did not specify the amount of the ransom it is asking for.

Last week, the obscure group claimed the kidnapping of the seven Estonians in an email sent to the same website along with copies of the ID cards of three of those abducted.

The three IDs shown on the website were those of Kalev Kaosaar, August Tillo and Madis Paluoja. The other kidnapped have been identified by authorities as Priit Raistik, Jaan Jagomagi, Andre Pukk and Martin Metspalu. All are in their 30s and early 40s.

The seven were abducted at gunpoint in the eastern Bekaa town of Zahle on March 23 after entering Lebanon through Syria on their bicycles.

Several people have been arrested so far in connection with the kidnapping, amid an intensive hunt for the abductors in the mountainous region beyond the Bekaa town of Majdal Anjar.

"We cannot tell whether they are still in Lebanon or across the border," caretaker Interior Minister Ziad Baroud told a press conference on Tuesday. "The army and the Internal Security Forces are doing their best to reach a happy end to this kidnapping."