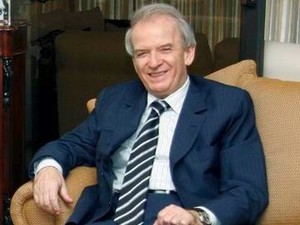 The August 2006 WikiLeaks cable spoke of a meeting between Hamadeh, then MP Nayla Mouawad, and then U.S. Ambassador to Lebanon Jeffrey Feltman during which they hoped that the American administration would pressure Arab gulf states to transfer political funds to the March 14 camp to confront Hizbullah.

The MPs suggested that the Madina Bank file and the U.N.’s oil-for-food program would be employed to tarnish then President Emile Lahoud’s reputation.

They made the proposal without adding further details.

“The Lebanese will remember who gave them money and not who built bridges,” Hamadeh and Mouawad said in reference to the reconstruction process after the July 2006 war.

Hamadeh added: “We are a waging an existential war and money is the enemy’s best weapon.”