Pietton: No Travel Warning for Lebanon, But We Advise Citizens Not to Visit Certain Areas 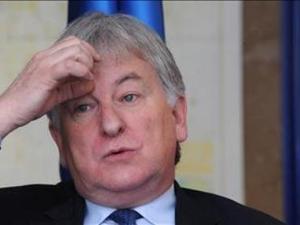 French Ambassador to Lebanon Denis Pietton on Wednesday said his country was not worried over the delay in forming a new Lebanese cabinet, noting that Saad Hariri's cabinet took five months in the making.

In an interview with Al-Jadeed television, Pietton said premier-designate Najib Miqati's mission was being hindered by the "conflicting demands" of the political parties.

"We have no concerns so that we ask our citizens not to travel to Lebanon, but we prefer that they don't visit certain areas," the French ambassador added.

Addressing the dire situation Lebanese expatriates are going through in war-torn Ivory Coast, Pietton said "there are no political reasons behind what the Lebanese are suffering in Abidjan."

He noted that "there is no contradiction between the stances of the French and the Lebanese ambassadors concerning the events in Abidjan, but rather a different approach."