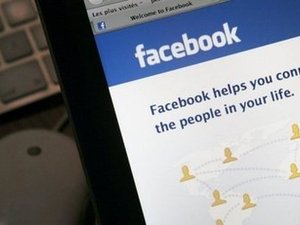 Victoria police got court approval to use the site after attempts to serve the order in person, over the telephone or via the post failed.

The "prolific" Facebook user was accused of, among other things, using the site to harass, bully and threaten another person, and police said they transcribed all the court documents and sent them to his Facebook inbox.

A video was also made of the order being read "as if the Respondent was being directly spoken to" and sent electronically to him.

"He stated that he understood the seriousness of the orders, having read ... documents served via the social media website and agreed to comply, stating that he would delete his Facebook profile," a police statement said.

"In this instance we were able to deliver justice through the same medium as the crime committed," said leading senior constable Stuart Walton, the officer in charge of the investigation.

"Police will always pursue traditional means to enforce the law and to protect the community, but we won't shy away from innovative methods to achieve positive outcomes either."

In 2008 an Australian lawyer won the right to serve legal documents via Facebook, the same year a Sydney court allowed lawyers to serve rugby player Sonny Bill Williams with a subpoena via SMS text message.

Australia, with a population of 22.5 million, has almost nine million Facebook users.(AFP)