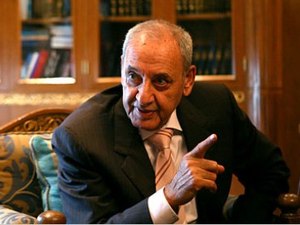 He made his statements to former U.S. Ambassador to Lebanon Jeffrey Feltman, who also reported him as saying that Berri is definitely Iran and Syria’s ally … but it would be wrong to look at him as a milder copy of Hizbullah.

If there was a power to break the tactical alliance between Berri and Hizbullah, then the party would no longer be able to employ the “strange” Lebanese sectarian politics in order to oppose initiatives that harm its and Syria’s interests, he added according to the WikiLeaks cable.

Feltman asserted that Berri hates Hizbullah as much, if not even more, than the March 14 politicians do.

If Israel succeeded in weakening Hizbullah, then Berri would be more than willing to weaken it politically, he continued.

The former ambassador also noted that the speaker also spoke positively of United Nations Security Council resolution 1559, but he drew a fine line between what Israel needed to do and just when it would be crossing a line.

In another cable, dated June 30, 2006, Feltman reported on a visit from Berri during which the speaker inquired about what policy the United States would be following in implementing resolution 1559, but he warned that using the army to disarm Hizbullah’s weapons would lead to instability in Lebanon.

The U.S. official responded by saying that the international community wants to avert instability in Lebanon, adding that Berri promised to influence Hizbullah to guarantee stability in the South.

During a February 21, 2006, cable Feltman reported that the speaker had voiced his approval to remove then President Emile Lahoud from power, on condition that an appropriate substitute be proposed.

Berri also described as “stupid” then MP Saad Hariri’s suggestion to stage demonstrations to force Lahoud to step down from office.