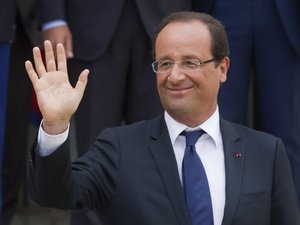 "My duty is to tell the truth to the French. We are facing a crisis of exceptional seriousness, a long crisis that has lasted now for more than four years and none of the big economic powers, even the emerging (economies), is spared," he said in a speech.

"Growth is slowing everywhere and the price of raw materials, of cereals, for both climatic and speculative reasons, and also of petrol" are rising, he said during a trip to France's Champagne region.

The French economy is struggling and recorded zero growth in the second quarter of 2012, actually beating expectations it would begin a slide into recession.