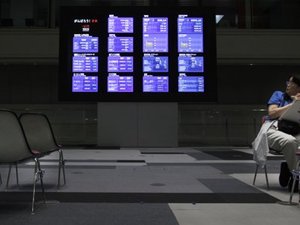 Despite its solid foundations, Finland's economy is threatened by the euro crisis, the International Monetary Fund (IMF) said in a report published Friday.

Finland enjoys "strong economic fundamentals and continued sound policy management," the report noted, but "as a small open economy, with deep trade and financial linkages, the country is sensitive to adverse spillovers from the turmoil in the euro area."

The IMF highlighted the need to "enhance cross-country supervision and crisis resolution frameworks in response to increased cross-border banking activities and the prominent role of large international groups."

It said that pending the implementation of a common EU bank-resolution framework, national or regional plans ought to be introduced in the interim.

In the Nordic country, growth has slowed and forecasts have been revised downwards during the crisis. Finland also faces a rapidly-aging population and a slowdown in productivity.

It recommended that bank capital and liquidity buffers gradually be built up, and said fiscal efforts ought to focus on mitigating the expected increase in years to come of health and elderly care costs.

It also called for labor market reforms and improved productivity.

Finland is the only Eurozone country to hold the top triple-A credit rating with a stable outlook from all three major international credit rating agencies. It has repeatedly called on southern European countries to pursue more ambitious economic reforms.