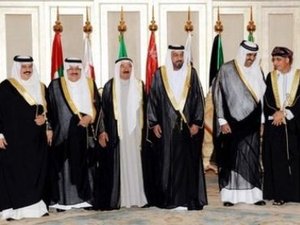 Gulf Arab states have demanded the cancelation of an Arab summit due in Baghdad next month, Bahrain's official BNA news agency quoted the foreign minister as saying on Tuesday.

"Gulf Cooperation Council countries have demanded that the Arab summit which is due to be held in Iraq be cancelled," BNA quoted Sheikh Khaled bin Ahmed al-Khalifa as saying.

Tensions between Iraq and the six Gulf Arab states have risen sharply since Sunni-ruled Bahrain secured military support from fellow GCC members to smash a month of pro-democracy protests led by the strategic kingdom's Shiite majority.

His own Shiite-led government has struggled to eradicate an insurgency among the Sunni Arab minority that dominated now-executed dictator Saddam Hussein's regime. The conflict degenerated into sectarian bloodshed in which thousands died in 2006 and 2007.

Iraq has spent 450 million dollars on preparations to host the summit, which it regards as a key milestone in its efforts to reassert its diplomatic position in the region, Foreign Minister Hoshyar Zebari said on Monday.

The gathering was originally scheduled for March 29 but was postponed until May 11.

Iraq has not hosted a regular Arab summit since November 1978 but an extraordinary summit was held in Baghdad in May 1990.