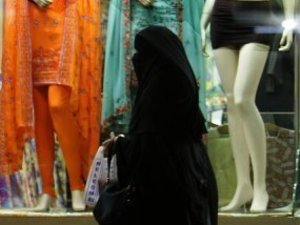 Human Rights Watch has slammed a ruling by an Emirati court which condone the beating of wives by their husbands, saying it sends out a signal that violence against women and children is acceptable.

According to press reports, the United Arab Emirates' Federal Supreme Court in a ruling released on Sunday said "a man has the right to discipline his wife and children provided he does not leave physical marks."

Nadya Khalife, Middle East women's rights researcher at HRW, said in a statement the ruling indicated acceptance of domestic violence which "should never be tolerated under any circumstances."

"This ruling by the United Arab Emirates' highest court is evidence that the authorities consider violence against women and children to be completely acceptable," Khalife said in the late-Tuesday statement.

The New York-based group urged the UAE government "to repeal all discriminatory laws, including any that sanction domestic violence."

The Gulf country, Khalife said, must "enact laws that criminalize such behavior, and provide appropriate services to victims."

The UAE's ruling "violates the right of the country's women and children to liberty, security, and equality in the family, and potentially their right to life," the statement said.

"These provisions are blatantly demeaning to women and pose serious risks to their well-being."

In the ruling, reported on Monday by The National newspaper, Chief Justice Falah al-Hajeri wrote: "Although the (law) permits the husband to use his right (to discipline), he has to abide by the limits of this right."

The court also ruled that a man who "slapped and kicked his daughter and slapped his wife" violated his "right" under sharia, or Islamic law, to discipline his wife and children, as he beat his wife too severely and his daughter, aged 23, was too old for such discipline.

On Wednesday, a senior Emirati judicial official, Humaid al-Muhairi insisted that the UAE does "not tolerate any degree of family violence, whether verbal or physical."

Domestic violence "remains one of concern to the UAE government" which will continue to ensure the law be enforced "against those who may exercise chastisement of any kind, verbal or otherwise, beyond acceptable bounds," he said in a statement carried by state news agency WAM.

The UAE is less conservative than some of the five other Arab countries in the Gulf such as Saudi Arabia, a segregated society where women cannot drive and need a male guardian's permission to travel.

But Islamic religious law remains a part of the legal framework in the UAE, which also has secular laws.(AFP)