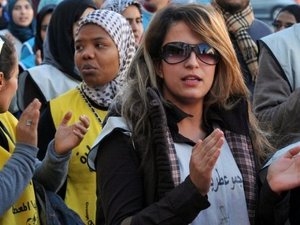 The World Bank on Friday described the problem of youth unemployment in Morocco as "very serious," with similarities to other countries in the region where youth-led protests brought about regime change.

"It is a very serious problem," Inger Andersen, the bank's vice president for the Middle East and North Africa, told Agence France Presse, speaking in Rabat at the end of a two-day visit to Morocco.

The World Bank published a report in June that said around 30 percent of Moroccans aged between 15 and 29 -- who account for 44 percent of the working age population -- were unemployed.

But Andersen cautioned that such statistics did not reflect a key aspect of the problem, namely that many of those out of work had "given up" on the labor market. "They are not active job seekers."

She said the bank had yet to carry out similarly detailed studies on the unemployment situation elsewhere in the MENA region, but said provisional research also indicated "very high" levels of youth unemployment.

"I think we are finding a lot of similarities among the Arab Spring countries," she said.

"And in fact it was indeed the youth that spoke out for change," she added.

Morocco has mostly been spared the unrest that swept North Africa last year, toppling the leaders of Tunisia, Egypt and Libya.

King Mohammed VI managed to contain the protest movement by introducing significant reforms to curb his near-absolute powers, culminating in November elections that saw a moderate Islamist party win most seats and head a coalition government.

But there are sporadic protests and social discontent persists, particularly among Morocco's youth population, driven partly by the lack of job opportunities.

Andersen said Morocco's economic growth was likely to slow from 4.9 percent last year to around 3 percent in 2012, due to its heavy reliance on trade with the Eurozone, and warned of the challenges that rising food prices were likely to cause the government.

Morocco's budget deficit hit a record 6.1 percent of GDP last year, caused by rising international commodity prices and the growing subsidies bill, notably on food, and some fear that it could rise further.

Although the country is an agricultural producer, the cost of food remains relatively high in 2012, caused by a harsh drought that has badly affected agricultural output and a 20 percent rise in petrol prices.

Finance Minister Nizar Baraka, quoted by the official MAP news agency, said on Wednesday that the government hoped to bring the budget deficit down to just 5 percent this year, mainly thanks to an improved fiscal situation.