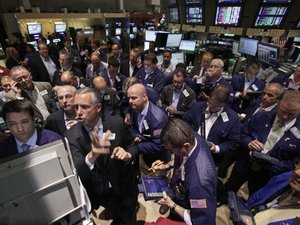 The U.S. Treasury said Monday that the sale of $18 billion worth of stock in AIG will mean that the taxpayer funds used to bail out the insurance giant in 2008 have been "fully recovered."

The Treasury also provided additional details about the sale, first announced Sunday, specifying that it would sell some 553 million shares for $32.50 each, with AIG set to buy back some 153 million for $5 billion.

"Giving effect to today's offering, Treasury and the Federal Reserve's combined $182 billion commitment made to stabilize AIG during the financial crisis is now fully recovered," the Treasury said in a statement.

It added that the government had actually realized a $12.4 billion return on the deal, and that future sales of the Treasury's remaining stock in the American International Group would provide an additional return to taxpayers.

"Taking action to stabilize AIG during the financial crisis was something the government should never have had to do, but we had no better option at the time to protect the American economy from the damage that would have been caused by the company's collapse," Treasury Secretary Tim Geithner said.

"To stabilize and then restructure the company with a very substantial positive gain for the American taxpayer is a significant accomplishment, but we need to continue the critical task of implementing Wall Street reform so that the American economy is never put in this position again."

U.S. authorities have previously said that if the banks underwriting the deal exercise their 30-day over-allotment option, as they did during a previous sell-off in August, the latest deal could net up to $20.7 billion.

Once the world's largest insurance company, AIG was deeply involved in the risky derivatives at the center of the 2008-2009 financial crisis.

The Federal Reserve and the U.S. Treasury rescued it from bankruptcy with a record $182 billion bailout in September 2008.

AIG has sold off assets as it restructured its way back to a path of profitability, raising money to repay the rescue.