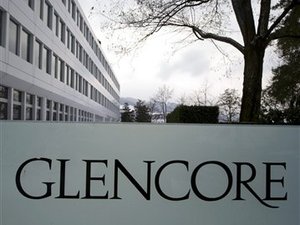 Qatar Holding, a major shareholder of mining group Xstrata, said Tuesday it has made no decision yet on whether to accept Glencore International's latest offer to salvage a multibillion-dollar merger bid for the Anglo-Swiss company.

The brief comments suggest Qatar Holding is at least considering Glencore's latest offer. The government-run investment firm is Xstrata's second-largest shareholder. It had pushed for better terms for Xstrata, and its opposition to the original bid threatened to scuttle the entire deal.

Glencore, a Swiss commodities trader, said Friday it was raising its bid to 3.05 shares for each Xstrata share, up from its original 2.8 shares offer. It sweetened the offer further Monday by announcing that Xstrata CEO Mick Davis would be the CEO of the new company, but for no more than six months.

"QH will make its decision in due course after giving careful consideration to the implications of the proposed management changes, the other elements of the revised proposal and the views of Xstrata's board," the Qatari government investment firm said in a brief statement Tuesday. The comments were its first on Glencore's revised offer.

The latest terms are still less than Qatar Holding wanted. It made clear in June that it believed 3.25 Glencore shares for each Xstrata share was a fairer deal.

Xstrata's independent directors have said they are considering Glencore's offer. They plan to announce by Sept. 24 whether they intend to put the Glencore offer to a shareholder vote.

Glencore has hinted that it might abandon the idea of a merger and go for an outright takeover of Xstrata. Under the current terms, Glencore needs the approval of 75 percent of eligible shareholders. That means Qatar Holding and its allies could still kill the deal.

Glencore already owns more than a third of Xstrata. It would only need a simple majority to push through a takeover bid.