Report: Metri to be Appointed U.N. Special Envoy to Libya 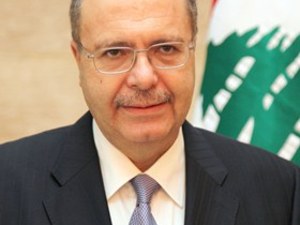 Metri will succeed British Ian Martin as head of UNSMIL, whose tenure will end on October 14, a Libyan diplomat told An Nahar newspaper on Thursday.

U.N.’s top political official, Jeffrey Feltman expressed confidence that the “U.N. will support Metri and UNSMIL personnel to help the Libyan people in the transition process towards democracy.”

Metri has a “distinguished” academic background, a U.N. official said. He has handled several ministerial posts in Lebanon between April 2005 until June 2011, including administrative reform, environment, foreign affairs and information ministries.

He is a prominent academic figure and has taught at the St. Joseph University, Balamand University and the University of Geneva.

He earned a doctorate in social sciences from the University of Paris, after studying chemistry and philosophy at the American University of Beirut.

Metri has extensive experience promoting Christian-Muslim relations and has published on the subject.

He noted that Libyan authorities demanded the U.N. to officially inform it of the decision as its approval is vital.

“We are not opposing his appointment, as he is an excellent” candidate, the diplomat added.

Metri should be our next Foreign Minister not like this TRAITOR we have now...

The current foreign minister is not a traitor, he is simply incompetent.

First wolfowitz, bolton then feltmen and now this traitor.

Seems like the CIA is stepping up its campaign to infiltrate the UN for its evil plots.

Ya LBO, on what basis do you accuse Metri of being a traitor???

what has he done to earn this "honor" from you???

you are either a bigot or very ignotant about what is going on around you...

Metri is a good and patriotic man ...

First wolfowitz, bolton then feltmen and now this traitor.

Seems like the CIA is stepping up its campaign to infiltrate the UN for its evil plots.