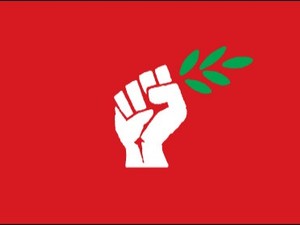 The March 14 general-secretariat on Friday responded to "accusations" against the coalition of "being involved in the events in Syria."

"From the onset of the popular protests in Syria, pro-Hizbullah figures and media outlets" as well as partisans of the Syrian regime "have been fabricating lies aimed at accusing some March 14 forces of meddling in the events in Syria," the general-secretariat said in a statement.

It described the alleged efforts as "an attempt by the Syrian regime and its allies to promote the degenerative conspiracy theory."

The general-secretariat warned of "an attempt to engage Lebanon in the course of the Syrian crisis, which would represent an additional threat to Lebanon's security and stability."

"The March 14 forces -- which have been struggling since so many years to end all foreign interference, including by Syria, in Lebanon's internal affairs – reject any meddling in Syria's internal affairs," said the statement.

The general-secretariat also hit back at Syrian Ambassador to Lebanon Ali Abdul Karim Ali over his remarks Thursday in which he urged Lebanese authorities to take legal action following allegations that Mustaqbal bloc MP Jamal al-Jarrah was funding and arming protesters in Syria.

Ali "requested Lebanon's authorities and judiciary take action ... in order to preserve brotherly ties between the two countries," according to the transcript of an interview with Hizbullah's Intiqad website.

His comments came a day after Syrian state-run television aired "testimonies" of three people saying they had received funds and weapons from al-Jarrah to fuel a wave of protests against the ruling Baath regime.

The March 14 general-secretariat said Ali "did not only endorse fabricated televised confessions before any supposed investigations by his country, but also demanded the Lebanese State and its judiciary to adopt the charges and act against Lebanese lawmakers."

It stressed that the Syrian envoy "violated the norms of diplomatic relations between any two sovereign states," noting that "he should have directly talked with the Lebanese authorities instead of addressing them via the media."

"His remarks carried veiled threats" against stability in Lebanon, the March 14 general-secretariat went on to say in its statement.

As it noted that "Syria has the right to take the measures it sees fit on its border," the general-secretariat said such measures must not be designed to harm the interests of the Lebanese, noting that any action in that regard must be coordinated with the Lebanese authorities.

It warned that such measures might amount to "a veiled closing of the Lebanese-Syrian border."

On the other hand, the March 14 general-secretariat called on Speaker Nabih Berri to "shoulder his responsibilities as the head of the entire parliament … and to protect all MPs, in light of the dangerous accusations against members of the parliament."

It also urged President Michel Suleiman to "put an end to this dangerous game."

"The Syrian ambassador confirmed that interference by some Lebanese parties in the events in Syria and the confessions aired on television are very dangerous and could harm ... brotherly ties between Lebanon and Syria," Ali was quoted by Intiqad website as saying Thursday.

Meanwhile, Ali confirmed to Agence France Presse that agreements signed between Lebanon and Syria dictated that the judiciary should automatically take action in the case. However, he stopped short of openly accusing Jarrah of inciting dissent in Syria.

"We have neither the desire nor the capacity or means to interfere in Syrian affairs," he said.

Protests erupted in Syria on March 15 calling for an end to a decades-old state of emergency and demanding sweeping political reforms.

Authorities have repeatedly accused "armed groups" of fuelling unrest in the country.

Damascus was forced to pull its troops from Lebanon under massive international pressure following the 2005 assassination of ex-premier Rafik Hariri, Saad's father, after a 29-year deployment.

Lebanon and Syria agreed to establish diplomatic ties in October 2008, for the first time since their independence 60 years ago.