No Agenda for Tuesday’s Reconciliation Meeting in Bkirki, al-Khazen Considers it a ‘Bold Move’ 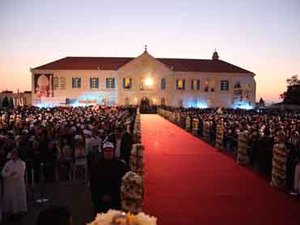 The meeting that will bring together Lebanon’s top Christian leaders in Bkirki next week does not have an agenda but would be followed by other meetings that could expand to include more officials, sources from the seat of the Maronite church said.

“There won’t be any agenda … because the meeting is considered an achievement and will be followed by other meetings that include more Christian” officials, the sources told pan-Arab daily Asharq al-Awsat in remarks published Saturday.

Al-Rahi will seek to break the ice in the relations between the officials, the sources said.

The head of the General Maronite Council, Wadih al-Khazen, described the patriarch’s initiative “as a bold and unprecedented move in the long path towards Maronite-Maronite reconciliation.”

The meeting of the bickering Christian politicians is a “big achievement that stresses that they have good intentions to turn the page” of the past, he told Asharq al-Awsat.