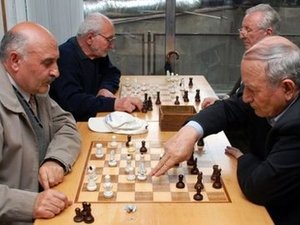 Armenia is to make chess a compulsory subject in primary schools in an attempt to turn itself into a global force in the game, the education ministry said on Friday.

"Teaching chess in schools will create a solid basis for the country to become a chess superpower," an official at the ministry, Arman Aivazian, told Agence France Presse.

The authorities led by President Serzh Sarkisian, an enthusiastic supporter of the game, have committed around $1.5 million (one million euros) to the scheme -- a large sum in the impoverished but chess-mad country.

Children from the age of six will learn chess as a separate subject on the curriculum for two hours a week.

Aivazian said the lessons which start later this year would "foster school children's intellectual development" and teach them to "think flexibly and wisely".

The game is hugely popular in Armenia, where grandmasters are stars and important match results make headline news.

The country of 3.2 million people has already established itself as a serious competitor in global tournaments.

The national team won gold at the biennial International Chess Olympiad in both 2006 and 2008, and the country's top player Levon Aronian is currently ranked number three in the world, according to the World Chess Federation.