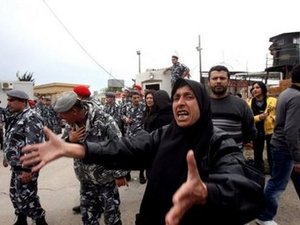 An inmate died of burn injuries he suffered during the raid of the Internal Security Forces on Roumieh prison last week, one of his family members told Agence France Presse on Saturday.

Nasser Darwish, who hails from the eastern Bekaa town of Brital, died at hospital of severe burn injuries, his brother told AFP.

The news about the death raised the toll to three.

The two others died when security forces stormed Roumieh prison on April 5 to halt four days of rioting by prisoners demanding improved conditions.

The brother did not say why Darwish had been arrested and how long he had been incarcerated. He told AFP, however, that the suspect hadn’t been tried yet.