Al-Rahi Returns from Rome, Calls for Speeding up Government Formation 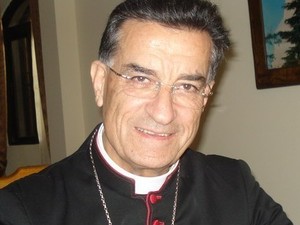 Maronite Patriarch Beshara al-Rahi returned to Lebanon from Italy on Saturday where he met with Pope Benedict XVI.

He stated from the airport upon his return: “The country can no longer endure the paralysis of its institutions.”

The Patriarch renewed his call for speeding up the government formation in Lebanon, voicing his readiness to launch dialogue with any side in Lebanon.

Al-Rahi said of his visit to the Vatican: “It showed Lebanon’s true face and the Pope witnessed the diversity of its sects and political groups.”

The Patriarch traveled to the Vatican earlier this week accompanied by a number of political and religious figures.