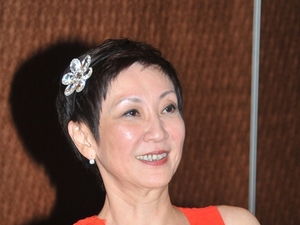 There's a distinct Hong Kong flavor to the nine-member jury that will decide the Palme d'Or at the Cannes film festival that opens May 11.

Hong Kong director Johnny To and film producer Shi Nansun, wife of director Tsui Hark, are both on the panel that is being led this year by Oscar winner Robert De Niro, said organizers in a statement late Tuesday.

French director Olivier Assayas, an aficionado of Hong Kong and Chinese cinema who has cast Hong Kong actress Maggie Cheung in his films even after their 2004 divorce, is also a juror.

To, who turns 56 on Friday, is a Cannes regular, having shown five times at the world's biggest film festival, most recently in 2009 with the crime film "Vengeance".

From Hollywood, Uma Thurman and Jude Law will join the jury that will be rounded out by Chadian director Saleh Haroun, Norwegian film critic Linn Ullman and Argentinian actress and producer Martina Gusman.

Nineteen films, the lion's share from European directors, are in the running for the coveted Palme d'Or, including "The Skin I Live In," the latest feature from Spanish director Pedro Almodovar.

Serbian director Emir Kusturica is chairing the jury that will judge the parallel Un Certain Regard section of the festival, and South Korean directors Bong Joon-Ho and Lee Chang-Dong are overseeing the panels deciding the Camera d'Or for best film and the Critics' Week prizes respectively.

Presiding over the short-film jury is French filmmaker Michel Gondry.