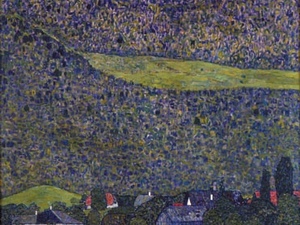 An Austrian modern art museum said Thursday it would return a Gustav Klimt painting stolen by Nazis and worth millions of euros to the Canadian descendant of the previous Jewish owner.

Expert reports backed Georges Jorisch's claim to the 1915 painting "Litzlberg am Attersee" ("Litzlberg on the Attersee"), which had belonged to his Jewish grandmother Amalie Redlich, Salzburg's Museum of Modern Art said.

Redlich was deported in 1941 and later killed by the Nazis.

The oil painting by the Austrian artist is estimated to be worth between 20 and 30 million euros ($29-44 million).