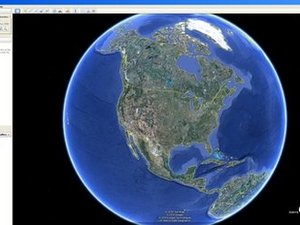 China has launched an official online mapping service as U.S. Internet giant Google continues to hold out on applying for a license to provide a similar service in the country, state media said Friday.

The government-backed service Map World is free and allows users to search for two and three-dimensional images across the globe, the China Daily said.

"In the near future, Map World will grow to be a famous Chinese brand for online map services with proven reliability," Xu Deming, director of the State Bureau of Surveying and Mapping, was quoted as saying.

The technology and website construction for www.tianditu.cn and www.chinaonmap.cn are still "at a preliminary stage", the report added.

The service is expected to update its geological data twice a year, while Google Earth is able to update every couple of minutes, said Jiang Jie, another official at the surveying and mapping bureau.

Google's mapping service in China has been left in limbo after the government introduced new rules in May requiring all firms providing Internet map and location services in the country to apply for approval from the bureau.

The new rules require foreign firms wanting to provide mapping and surveying services in China to set up joint ventures or partnerships with local firms and keep servers on the mainland.

Google has not yet applied for a license, the report said, even though the surveying and mapping bureau has said it may set a deadline for applications and those who fail to do so by then could have their service shut down.

Marsha Wang, Google's spokeswoman in China, was not immediately available for comment on Friday.

Google's share of the world's top online market has fallen since March, when it effectively shut down its Chinese search engine over what it said were China-based cyber attacks and state censorship.

It then re-routed mainland users to its uncensored site in Hong Kong.

The web giant has since tweaked the way it re-routes users in order to gain the renewal of its business license in China, creating a new landing page with a link to the Hong Kong site, which users must click on themselves.(AFP)