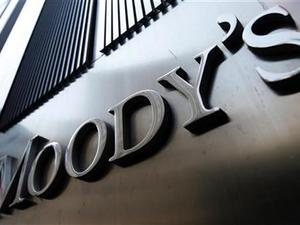 The agency lowered its assessment on debt issued by Sony from Baa1 to Baa2, citing "its challenges in achieving profitability in the TV and mobile phone segments, and the erosion in its global competitive position across different product lines".

The rating agency also said: "Weak consumer sentiment, fierce global competition, and the impact of the strong yen on cost competitiveness will further hamper its efforts to improve its metrics."

Sony, the once-world-beating maker of the Walkman, lost a whopping 456.66 billion yen ($5.83 billion) in the year to March, its fourth consecutive annual loss.

It also reported a widening loss in the first quarter and cut a profit forecast for the year.

"Moody's expects Sony to narrow its losses through cost cuts in these businesses (of televisions and mobile phones), but will continue to experience losses at the operating level," it said.

"In addition, despite the long-term strategic importance of the medical devices business, the recent capital and business alliance with Olympus Corp will further pressure Sony's cash flow," Moody's said.

Sony said last month that it will take a 50 billion yen ($638 million) private placement of scandal-tainted Olympus shares by the fiscal year-end, which will make it the single biggest shareholder in the camera and endoscope maker.

Moody's said it would be difficult for Sony "to reduce debt without additional sales of non-core assets".