China Calls on U.S., Japan to Fix their Finances 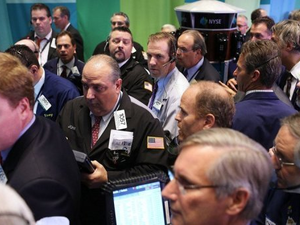 China said Saturday the failure by Washington and Tokyo to fix their fiscal problems was hurting the global economy, as it called for "bold, swift and decisive action" to reverse a slowdown.

Deputy central bank governor Yi Gang warned the absence of a "credible, medium-term fiscal consolidation in some of the major advanced economies such as the United States and Japan" is unsettling for the world economy.

"The slow recovery in these major advanced economies poses costly spillover effects to the rest of the world," he added.

Yi said it "remained to be seen" whether monetary easing measures touted by central banks as an elixir for growth would live up to their billing.

"The need for bold, swift, and decisive action to arrest the global slowdown and preserve financial stability is more urgent than ever."

The statement credited Europe for efforts to fix its debilitating debt crisis, calling it a step in "the right direction", but added that policymakers must follow through on promised reforms.

"A durable solution to the Euro area crisis would provide a much-needed boost to global recovery," the statement said.

On the domestic front, Yi said the Chinese economy would expand "steadily" through the second half of 2012 and keep its "relatively strong momentum in the medium and long term".

Beijing would also accelerate efforts to boost domestic demand to reduce the economy's heavy reliance on exports, he added.

Yi's assurances come amid growing fears that a slowdown in growth in the world's second-largest economy will be a drag on the wider world.

Earlier this week the IMF cut its estimate for growth in China to 7.8 percent this year and 8.2 percent in 2013, down from a July estimate of 8.0 percent and 8.5 percent, respectively.

With global growth rates also slowing -- down to 3.3 percent this year and 3.6 percent next year, according to IMF forecasts -- many are looking to China to help jolt the world back onto a more upward track.

Western nations -- led by the U.S. -- frequently call on Beijing to boost domestic demand, saying China's lopsided trade relationship in which it exports far more than it imports puts them at a disadvantage.

Yi is standing in for his boss, People's Bank of China Governor Zhou Xiaochuan, who is staying away from the Tokyo meeting along with Finance Minister Xie Xuren, in apparent protest.

Japan and China are at loggerheads over the sovereignty of a group of uninhabited, but possibly resource-rich islands in the East China Sea.