Gas Supplies from Iran to Turkey Resume after Blast 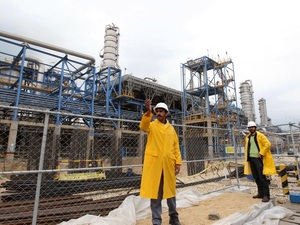 "The Iranian gas pipeline whose activity was interrupted following an explosion is again in operation," said the statement from Energy Minister Taner Yiliz.

The blast hit the pipeline on October 8 near the town of Dogubeyazit in the northeast of Turkey.

The cause was not known but in the past the Turkish government has blamed Kurdish rebels seeking independence for such incidents.