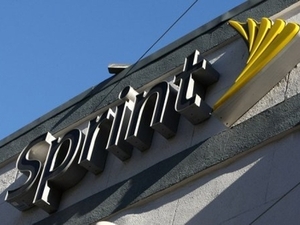 Japanese mobile carrier Softbank on Monday announced a monster deal to take control of U.S.-based Sprint Nextel for about $20 billion in the biggest-ever overseas acquisition by a Japanese firm.

Softbank said the ambitious takeover would see it acquire 70 percent of Sprint Nextel, the third-biggest U.S. mobile firm behind AT&T and Verizon Wireless, with the deal set for completion in the middle of next year.

Chief executive Masayoshi Son, a well-known tech entrepreneur and Japan's second-richest man, acknowledged that his firm was jumping into the U.S. mobile market where it has no foothold or experience.

"This will be a big challenge -- when you take on a big challenge, it comes with big risks," he told a news conference in Tokyo on Monday. "However, maybe avoiding the challenge is a larger risk."

The cross-ocean marriage, which will have about 90 million subscribers, would vault Softbank to third spot globally among mobile firms after China Mobile and Verizon, it said.

Japan's third-largest mobile operator confirmed the deal would be financed with cash and loans from Japan's major lenders and Deutsche Bank.

Softbank, little known outside Japan, is perhaps the country's most colourful and dynamic among the major mobile carriers.

Its stores across the country were the first to carry Apple's iPhone and the company's well-known television commercials star a talking snow-white dog and have featured American actor Tommy Lee Jones.

In 2006, it bought the struggling Japanese arm of Vodafone for about 1.75 trillion yen ($22.2 billion at current exchange rates), while earlier this month it announced plans to buy smaller rival eAccess Ltd for $2.3 billion.

The Sprint agreement would provide the heavily indebted firm with liquidity to remain competitive in a U.S. field dominated by AT&T and Verizon Wireless, a joint venture between Verizon Communications Inc. and Vodafone Group.

However news of the deal last week prompted ratings agency Standard & Poor's to put the Japanese firm's credit rating on review, saying it would heap pressure on its already debt-heavy balance sheet.

Softbank shares lost 5.30 percent to 2,268 yen in Tokyo trade on Monday, after tumbling 17 percent on Friday as the company confirmed it was in talks with Sprint.

The Sprint acquisition could trigger a clash with Deutsche Telekom, after its U.S. affiliate T-Mobile USA unveiled a plan for a merger with MetroPCS in a deal that would boost the fourth-largest U.S. wireless carrier's effort to compete in the American market.

Deutsche Telekom would hold a 74 percent stake in the new company.

Some analysts say the Softbank offer for Sprint could be part of a more complex effort to acquire MetroPCS before the T-Mobile deal is consummated.

Japanese firms have been increasingly eyeing overseas deals amid slowing domestic demand and a surging yen, which hit record highs against the dollar late last year and remains strong.

Japanese firms have spent about $66 billion in 560 overseas acquisitions so far this year, putting them on track to surpass last year's record of $84 billion, according to data provider Dealogic.

In 2007, Japan Tobacco paid about $19 billion for Britain's Gallaher Group Plc in 2007, the biggest overseas deal by a Japanese firm at the time.