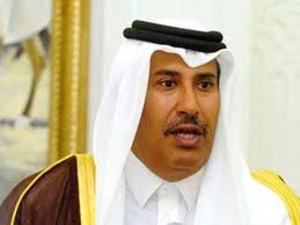 "Qatar is not a country with great political ambitions ... and it wants no political role from its investments in France," Sheikh Hamad said at a press conference in Doha.

"We don't do anything without coordinating with the French side," he added.

France has proved attractive to Qatari investors who have bought Paris Saint-Germain football club and acquired three percent of energy giant Total as well as stakes in building firm Vinci and in media group Lagardere.

Qatar had postponed launching a fund for entrepreneurs from France's deprived suburbs until after the presidential election last May to prevent it becoming a political football. The project remains frozen.