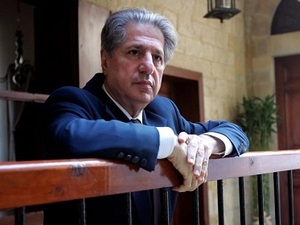 Differences emerged to the surface on Thursday among the parties affiliated in the March 14 opposition as the leadership of the Phalange party insists that boycotting the national dialogue table will lead to a deadlock in the country, local newspapers reported.

According to An Nahar newspaper, Phalange Party leader Amin Gemayel backs the efforts exerted by President Michel Suleiman to push forward the date of the all-party talks, which is expected to resume on November 12.

However, al-Mustaqbal party is holding on to its stance to boycott the national dialogue and all the official activity until the current cabinet led by premier Najib Miqati steps down.

The sharp differences appeared on Tuesday night during a meeting held at the residency of Gemayel in Bekfaya.

However, his efforts have reached a standstill as several parties at the opposition decided to boycott any official activity and discussions with the March 8 forces until the cabinet resigns.

Al-Mustaqbal movement sources told As Safir newspaper that preparations are ongoing to escalate their measures to press forward the resignation of the government.

The sources noted that the March 14 alliance will use all the “possible legal means in its battle.”

Sources close to the March 14 camp told An Nahar that coordination among its members is ongoing to find consensus over the issue.

As Safir newspaper reported that a meeting will be held between Phalange Party and Lebanese Forces representative to further discuss the matter.

Friday's bombing has raised fears about unrest in the country, which is divided between supporters and opponents of Syrian President Bashar Assad, whose country supervised its small neighbor for nearly 30 years.

The March 14 youth groups had erected tents near the Grand Serail on Sunday, demanding Miqati to resign after clashes broke out between mourners, mainly March 14 supporters, and the security forces near the premier's office after the funeral of Hasan.

Police fired in the air and used tear gas to drive back protesters who tried to storm the premier's office.

It wont work, I am being discriminated against for not being allowed to travel to Israel to visit my Holyland,because if I do I wont be allowed back into Lebanon, and that is just one example.

Any proof about that? or shall we keep killing each others in the name of absurdity?

Discriminated? Wlak skout. Your holyland??? You dont know what holy is cuz if you did you wouldnt be posting such silly comments begging to be the slave of the biggest enemies of jesus (alayhi salam). Silly templar wannabee terrorist calling himself phoenician, more like phony-ician.

By the way its pretty much every1s holy land dude for muslims,christians,and jews

Lebanon does not belong to you and no one appointed you the sultan of the Lebanon or a leader of the Christian community... ya Amin... you were always a two time loser and still are... You made a very dumb statement when you lost the elections was where you said that if one was not a maronite, he was not a true christian... What does that make the rest of the Christians Einstein? Second class citizens... You hijacked the Phalange party because of your last name... There are more qualified members in your party and even old members that you can't hold a candle to and should be running it... Individuals like you, because you are no leader, are preventing the March 14th alliance from getting rid of the Syrian and Iranian influence over Lebanon... You are not much different than Aoun and you are as irrelevant!!!!!!

FT I suggest a special course given exclusively in the university of Ramallah in Balestine "The intricate differences between B's and P's". Go take the course. It is really Phunny.

I heard you can take the same course in basicly any lebanese university, at least thats what i heard from my lebanese friends who call pepsi bebzi.

Flame the day you criticise a member of the m8 block and show some independent thinking, instead of towing the party propaganda line is the day you can write that comment.

Amine. It is good that you are not following M14 like sheep. Because M14 are straying from their original role. They are becoming leaderless and visionless. And now we have a party of weapons and a party without vision.
We need some meat on the centrists. Sami would be most welcome.

Lebanon does not belong to you and no one appointed you the sultan of the Lebanon or a leader of the Christian community... ya Amin... you were always a two time loser and still are... You hijacked the Phalange party because of your last name... your bother was a Hero,you are a Zero since you was a playboy lawyer then crook, then a "politician", then a thief and a profiteer. Go and live abroad with the millions you made by your position of a president of th Republic, and other combination.... You are not much different than Aoun and you are as irrelevant!!!!!!

Let's apply what was agreed to UNANIMOUSLY the first time around: e.g. delineation of Leb-Syr border, no Pali arms outside of camps, and then let's revive the talks.

Let's apply what was agreed to UNANIMOUSLY the first time around: e.g. delineation of Leb-Syr border, no Pali arms outside of camps, and then let's revive the talks.

Democracy at work. Amin is smart and don't underestimate this division as it could be a trick to move forward for m14.