Bing to Be Default Search Engine on BlackBerry 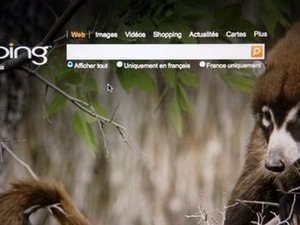 Ballmer made the announcement during a surprise appearance at the three-day BlackBerry World developers conference being held by BlackBerry maker Research In Motion (RIM) in Orlando, Florida.

Bing director Matt Dahlin said in a blog post that Bing will be the preferred search provider in the Web browser on BlackBerry devices and the default map application.

Bing will also be the search engine and map application on RIM's new BlackBerry Playbook, its touchscreen tablet computer rival to the iPad.

"We are excited to be working with RIM, an early leader in Internet-connected mobile devices, to help people make better decisions with Bing," Dahlin said.

Google dominates the Internet search market but Microsoft is mounting a challenge and they are battling over the rapidly growing smartphone market.

Microsoft had been steadily losing its share of the mobile phone operating system market but Finland's Nokia announced in February that it planned to begin using Microsoft's Windows Phone platform for its smartphones.

A Microsoft spokeswoman declined to reveal any of the terms of the agreement with RIM or whether it could pose any complications to the Redmond, Washington-based company's partnership with Nokia.