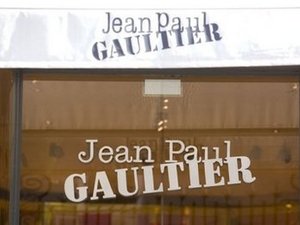 However Gaultier remains a key shareholder "in charge of creation and the image of the company that carries his name," said a joint statement by the designer and Puig.

Gaultier, who presented his first fashion collection 35 years ago, said he was "proud of this alliance with a family business that is growing strongly, allowing support for future development."

Sales for Jean Paul Gaultier, which employs 150 people, fell by 19 percent in 2009 to 23 million euros. The company earns its income from licenses for ready-to-wear clothing for women and the sale of perfumes.

Hermes said the sale of its stake, together with a repayment of loans, would yield an accounting profit of 30 million euros in 2011.

"I am convinced that the alliance between Jean Paul Gaultier and the Puig family will take the house to new highs," Hermes chief executive officer Patrick Thomas said in a statement, recognizing the designer's search for "fresh impetus".

Puig, the world's seventh biggest perfume company with names like Prada and Valentino, reported sales of 1.2 billion euros in 2010, up 22 percent from the previous year, and has set its sights on 1.3 billion euros for 2011.

Created by Antonio Puig in Barcelona in 1914, three-quarters of its sales are abroad. Puig is not listed on a stock exchange.