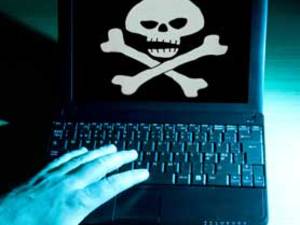 The Internet has become a major tool in European organized crime, which uses it for drugs and human trafficking and money laundering as well as cyber crime, Europol's top official said Wednesday.

There has been a marked increase over the last two years in criminal groups turning to the Web to commit crimes regarded as "more traditional" rather than purely computer-based crime, Europol director Rob Wainwright said.

"Using the Internet has become much more mainstream," Wainwright said at the release of the policing body's bi-annual organized crime threat assessment (OCTA).

"It has now become the principle facilitator for organized crime."

The OCTA report said: "In addition to the high-tech crimes of cyber crime -- payment card fraud, the distribution of child abuse material and audio visual piracy -- extensive use of the Internet now also underpins illicit drug synthesis, extraction and distribution."

"It was also widely used as a secure communication and money laundering tool by criminals," it added.

Europol's 37-page report looked at the development of organized crime over the last 24 months.

Organized criminal groups were crossing national, ethnic and business lines more than ever, it said.

The financial crisis and the fFinancial constraints it caused had made people "more likely to be recruited by criminal groups for example drug couriers or 'money mules'."

The Netherlands and Belgium was the main co-ordination center for drug distribution in Europe.

The Baltic states of Lithuania, Estonia, Latvia -- and Kaliningrad in Russia -- were the main points for the transit of illicit goods from Russia and home to violent groups with international reach.

Spain and Portugal remained a transit point for cocaine and cannabis resin and for human trafficking.

Bulgaria, Romania and Greece had seen the greatest expansion as a result of increased trafficking via the Black Sea illicit commodities and an significant increase in illegal immigration.

Finally southern Italy remained a center for counterfeit currency and commodities as well as a center for human trafficking.

The report, which will go to justice and home affairs ministries around the EU, will help governments set crime-fighting priorities for the next two years, Wainwright said.