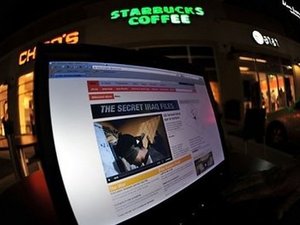 When WikiLeaks readied the largest-ever release of secret war files, U.S. officials warned the whistleblower site it was irresponsible. After the 400,000 documents came out, the Pentagon said they revealed little new.

And so, some experts ask, why were the documents classified as secret in the first place?

"The Pentagon used the word 'mundane' to refer to some of these materials. Mundane materials should not be classified as national security information," said Steven Aftergood, director of the Federation of American Scientists' Project on Government Secrecy.

"There are several things the U.S. could do to reduce more of these unauthorized disclosures and one of them is to drastically cut back on the scale of classification."

WikiLeaks, run by shadowy Australian hacker Julian Assange, released the documents on Friday in defiance of warnings from top U.S. officials that the disclosure could put at risk troops and their assets in Afghanistan and Iraq.

The Pentagon concluded Monday that WikiLeaks removed the names of more than 300 people who could have been jeopardized. But it feared that they could still be identified due to their titles or positions.

The documents, which cover the bloodiest phase of the war, included graphic U.S. accounts of torture of prisoners by Iraqi authorities and purports to show 15,000 more civilian deaths than previously disclosed.

"The operations in Iraq didn't go so well and were accompanied by an exceptionally high degree of carnage. That's not a news flash, but when you put 'secret' on it, there are some news stories," said James Lewis, a senior fellow at the Center for Strategic and International Studies.

"You do have to ask: At the time it may have made sense to classify it for operational reasons, but after a few years, maybe it should be let go," said Lewis, who has worked on cyber-security for the U.S. government.

Representative Pete Hoekstra, the top lawmaker of the rival Republican Party on the House's intelligence committee, voiced fear that the WikiLeaks disclosure would raise questions on "whether the United States can keep a secret."

WikiLeaks has not revealed the source of the documents but suspicion has fallen on Bradley Manning, a U.S. Army intelligence analyst arrested in May after the website released footage of a U.S. Apache helicopter strike in Iraq in which civilians died.

Manning, who is being held at the Marine base in Quantico, Virginia south of Washington, faces decades in prison if court-martialed and convicted.

WikiLeaks' efficiency in obtaining and releasing the information highlights the security challenges in the digital age, in which even the most sensitive data is routinely shared within computer networks.

In 1971, in the landmark release of the Pentagon Papers exposing the U.S. government's run-up to the Vietnam War, whistleblowing insider Daniel Ellsberg had to photocopy all 7,000 pages.

"I used the most advanced capability at that time -- Xerox -- and I couldn't have done what I did 10 years before that," Ellsberg told broadcaster Democracy Now. "I'm quite jealous of the current capabilities."(AFP)