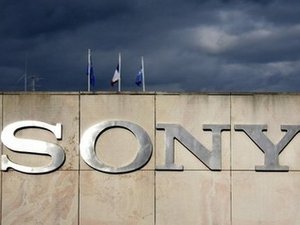 Chief Executive Howard Stringer apologized for "inconvenience and concern" caused by the security breach that compromised personal data from more than 100 million online gaming accounts as the company’s shares dived.

The electronics giant firm was 2.80 percent down by noon in Tokyo trade Friday, after earlier plunging 4.1 percent as Japanese markets reopened following the Golden Week holiday.

In a blog post late Thursday, the head of the Japanese technology giant sought to reassure customers, saying the company is focused on investigating and fixing the hacker attack.

"We are absolutely dedicated to restoring full and safe service as soon as possible and rewarding you for your patience," Stringer wrote in his first public comments since Sony shut down its PlayStation Network on April 20.

Stringer said there is "no confirmed evidence" that stolen information has been misused.

He acknowledged criticism that Sony was slow to inform customers of the embarrassing breach, calling the issue a "fair question." As soon as the company discovered the potential scope of the problem, it suspended the network and hired technical experts to help, he said.

The network serves both the PlayStation video game machines and Sony's Qriocity movie and music services. The system links gamers worldwide in live play, and also allows users to upgrade and download games and other content.

Although Sony began investigating unusual activity on the PlayStation network on April 19, it did not notify consumers of the breach until April 26.

"I wish we could have gotten the answers we needed sooner, but forensic analysis is a complex, time-consuming process," Stringer said. "Hackers, after all, do their best to cover their tracks, and it took some time for our experts to find those tracks and begin to identify what personal information had — or had not — been taken."

Sony has said the attack may have compromised credit card data, email addresses and other personal information from 77 million user accounts. On Monday, it said data from an additional 24.6 million online gaming accounts also may have been stolen.

Along with assurances that it is strengthening security measures, Sony is enticing potentially wary customers with a "welcome back" program that includes complimentary entertainment downloads and a 30-day membership to its PlayStation Plus premium service.

It also launched an identity theft protection program for U.S. account holders. The service includes a $1 million identify theft insurance policy and will be free for 12 months after enrollment.

Sony signaled in a separate blog post Thursday that service could be restored soon. The company said it is in the "final stages of internal testing of the new system," though did not offer a specific timeline.