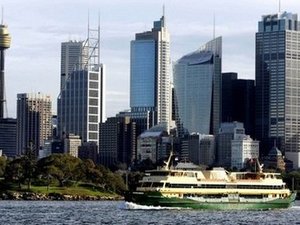 The Lebanese Consul-General to Sydney has reportedly come to Lebanon after a warning he would be arrested if he failed to turn up at an Australian court hearing.

A warrant for Robert Naoum’s arrest is now in the process of being issued after he ignored an order to appear in court over legal and court expenses he incurred in a failed defamation action against a Sydney journalist, said the Sydney Morning Herald.

Naoum's troubles began almost two years ago when he unsuccessfully took defamation action in the Supreme Court to stop Nabil Dannawi's Arabic website, www.alankabout.com, from publishing material about him, which he argued was defamatory.

The website likened Naoum to a mafia leader, and accused him of being a Zionist supporter, a spy, hypocritical, conceited, narcissistic and possibly a bully, said the Australian newspaper.

However, he lost the defamation case. The court rejected Naoum's claims.

The Consul then appealed to the New South Wales Court of Appeal but lost again and had costs awarded against him.

Arguments by Naoum's lawyer that the court should grant him immunity from the debt in the interest of good relations between Australia and Lebanon also failed.