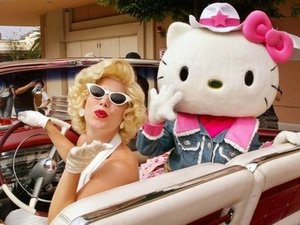 The Hello Kitty-themed amusement park will be in the city of Anji in east China's Zhejiang province, the Xinhua news agency said, citing an agreement between Sanrio Co and its Chinese partner.

The project, jointly designed by Sanrio and U.S.-based amusement park designer Hettema, will cost $215 million, with construction expected to start in the second half of this year and completed in 2014, it said.

The complex will cover an area of 60 hectares (150 acres) that includes a theme park, hotel and catering services.

Liao Chunrong, president of Shanghai Insight Holdings, said a subsidiary of the company will take care of investment and management of the project, according to Xinhua.

There are currently two Hello Kitty theme parks in Japan.

Since her 1974 debut, Kitty has spawned a massive global industry with sales of 50,000 Kitty products in 70 nations, including dolls, clothes, accessories and home ware.