Microsoft Near Deal to Buy Skype 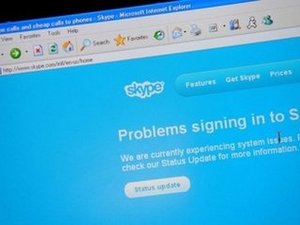 U.S. software giant Microsoft is near to clinching a deal to buy Internet telephony pioneer Skype for $7-8 billion, the Wall Street Journal reported.

The newspaper cited unnamed people familiar with the matter as saying the deal could close as soon as Tuesday or fall apart completely.

Microsoft did not return an Agence France Presse request for comment.

Skype was launched in 2003 by Estonian software developers who were part of the group that created peer-to-peer file-sharing service Kazaa.

Millions of people use Skype to make low cost or free phone calls over the Internet using their computers or smartphones.

Buying Skype could be a way for Microsoft to gain momentum in a hot smartphone market where rivals Apple and Google have shined with iPhones and Android-powered handsets respectively.

Skype in January closed a deal to buy Qik, a California startup that specializes in allowing people to use smartphones to stream video to Internet-linked friends in real time.

Bates said Skype was also continuing its push into living rooms, expanding a line of televisions embedded with its Internet telephony service and even infusing the software in a Blu-ray player made by Panasonic.

Online auction giant eBay in 2009 sold most of its stake in Skype to an investment group that includes the two founders of the Web communications company. That deal valued Skype at $2.75 billion.

The firm, which has its headquarters in Luxembourg, bypasses the standard telephone network by channeling voice and video calls over the Internet.

It allows users to call others free of charge and provides the ability to connect with land lines or mobile devices at low rates.