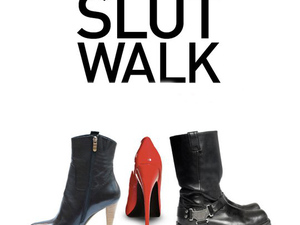 Women protesting for the right to wear what they like and behave how they choose without facing sexual harassment are set to hold "SlutWalks" across Australia as the movement goes global.

SlutWalk began in Canada in April in response to a Toronto police official saying that "women should avoid dressing like sluts in order not to be victimized".

Since then, events have been organized across the United States, and now Australia.

"Being assaulted isn't about what you wear; it's not even about sex; but using a pejorative term to rationalize inexcusable behavior creates an environment in which it's okay to blame the victim," the organization said on its website.

Notices for SlutWalks in Australia were posted on Facebook on Sunday and more than 3,500 people have already registered, including 2,500 in Melbourne alone.

"We are asking you to join us for SlutWalk, to make a unified statement about sexual assault and victims' rights and to demand respect for all," the group said.

"Whether a fellow slut or simply an ally, you don't have to wear your sexual proclivities on your sleeve, we just ask that you come. Any gender-identification, any age."

The Melbourne event will be on May 28, with others set to follow in Sydney and Brisbane.

One of the Melbourne organizers, Lauren Clair, told Fairfax newspapers that she was keen to reclaim the word "slut" as a source of pride, not shame.

"I've spent my entire life being judged for my appearance and sexuality. I'm sexual, I have sex, I enjoy sex. I'm not going to be ashamed," she said.

Sydney organizer Samadhi Arktoi agreed: "A slut is someone who enjoys sex, not someone who it's okay to rape," she said.