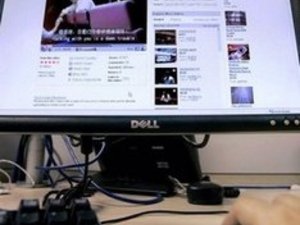 YouTube is beefing up its roster of movies for "rent" online in the United States to woo viewers away from television and take on booming Internet service Netflix.

"As the lines between online and offline continue to blur, we think that's going to change."

In addition to expanding its online movie roster, YouTube was increasing support for "partners" who create amateur clips that are attracting "TV-sized" audiences at the website, according to Kamangar.

Approximately two billion video views are logged daily at YouTube, which is available on 350 million devices, he noted.

"Whether it's short movie trailers, funny movie parodies or full-length blockbuster films, we encourage you to sit back and settle in to the YouTube movies experience," Kamangar said.

Movies available for streaming as online rentals at YouTube had been mostly older titles but the Google-owned technology firm has been collaborating with Hollywood studios to find ways to make fresh films available.

YouTube said that it is broadening its rental service at youtube.com/movies with new films from Sony Pictures, Warner Brothers, Universal, Lionsgate Films and "many great independent studios."

"It is a natural progression for YouTube," said analyst Rob Enderle of Enderle Group in Silicon Valley.

"Google recognizes that this is becoming a content war," he continued. "Netflix right now is the company to beat with regard to online video."

Netflix reported that its net profit nearly doubled during the first quarter, when it added 3.6 million new subscribers for a total of 23.6 million.

Google has been striving to win the trust of movie studios fearful of losing control of digital content on the Internet.

YouTube is making "progress in the right direction" by adding the new films, according to Enderle.

"It starts to make everyone else more comfortable," the analyst said. "As the dam starts to break, Google gets more and more competitive."

People will have 30 days to watch rentals, needing to finish a movie within 24 hours from when viewing is started. Hearst promised some titles would be available for streaming the same day they are released on DVDs.

The list of titles being added to YouTube included "Inception" and "King's Speech" as well as "Green Hornet" and "Despicable Me."

"In addition to the hundreds of free movies available on the site since 2009, you will be able to find and rent some of your favorite films," Hearst said.

The new titles were to begin appearing Monday on YouTube.

Many movie pages will feature extra content such as interviews as well as parodies and remixed clips uploaded by YouTube users, according to Hearst.

YouTube has been evolving from its early days as predominantly an online stage for amateur snippets of backyard stunts and other antics.

In April, YouTube added a stage for live events. The youtube.com/live made real-time programming a standard part of the service.

YouTube has reportedly been preparing a major overhaul of the website by creating "channels" to compete with broadcast and cable TV.

Already the third most viewed website in the world, it hopes the plan will further boost traffic to the site and take a bite out of the $70 billion US television advertising market.

YouTube in March debuted what it said was the first feature-length Hollywood movie created specifically for the Internet.

"Girl Walks Into A Bar" was described "a comedy about a seemingly unrelated group of characters spending a single night at 10 different bars throughout Los Angeles."

It could be watched at youtube.com/ytscreeningroom.

YouTube, which was bought by Google in 2006 for $1.65 billion, generates ad revenue from its trove of video offerings.