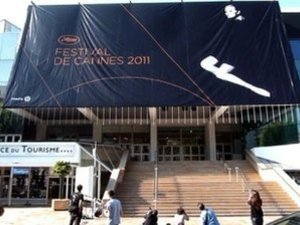 The 64th edition of the Cannes film festival gets underway on Wednesday with up-and-coming directors and Hollywood A-listers rubbing shoulders at the world's biggest cinema gathering.

Woody Allen's latest romantic comedy "Midnight in Paris" opens the 11-day event on the French Riviera at a black-tie evening screening that already has tongues wagging.

Billed by organizers as "a love letter" to the French capital, it stars Owen Wilson, Kathy Bates and Marion Cotillard, but all eyes have been on French first lady Carla Bruni-Sarkozy, cast by Allen in a bit part as a museum curator.

However the supermodel-turned-singer has said that she is skipping the screening for "personal and professional reasons" -- only stirring rumors that she is pregnant with President Nicolas Sarkozy's child.

Italian cinema legend Bernardo Bertolucci, whose classics include "Last Tango in Paris" and "The Last Emperor," will meanwhile be presented on Wednesday with an honorary Palme d'Or for his life's work.

Organizers say the laurel will from this year be presented annually to a cinema legend.

A rich galaxy of film stars is converging on Cannes, with the likes of Johnny Depp and Penelope Cruz -- appearing in the 3-D adventure caper "Pirates of the Caribbean: On Stranger Tides" -- expected on the red carpet.

Seven hundred police officers have been detailed to the festival, where the killing of Osama bin Laden has ramped up security concerns.

In a salute to change in the Middle East, the festival is honoring Egypt as its first "guest country," while a snap documentary of the uprising in Tunisia will be that country's first film in Cannes in 11 years.

Films by convicted Iranian directors Jafar Panahi and Mohammad Rasoulof, made in "semi-clandestine conditions", will meanwhile be screened in the official and Un Certain Regard sections respectively.

In competition, Spanish heavyweight Almodovar will present "La Piel Que Habito" (The Skin I Live In) with Antonio Banderas starring.

Von Trier, a Palme d'Or winner in 2000 with "Dancer in the Dark", returns with "Melancholia," while the Dardennes will be gunning for their third Palme d'Or with "Le Gamin au Velo" (The Kid With A Bike).

From Japan will be "Ishimei" (Hara-Kiri: Death of a Samurai) by Takashi Miike, and "Hanezu no Tsuki" by Naomi Kawase.

The lone British contender is Lynne Ramsay with "We Need to Talk About Kevin", while from Australia, Julia Leigh's "Sleeping Beauty" is one of two first-time films in competition, the other being "Michael" by Austrian film-maker Markus Schleinzer.

Cannes nearly triples in population during the 11-day festival to 200,000, due not only to all the screenings, but also to an international film market where more than 10,000 participants from 101 nations will haggle over the rights to 4,240 films, many of them still in production.